The Aberdeen and North East Section hosts Society evening lectures as well as other events at the University of Aberdeen.

Lectures and other meetings take place in the Meston Building (Lecture Theatre One), Old Aberdeen, AB24 3UE, at 7.30pm.

The Section has its own Laws and Committee. The Chair of the Committee is an ex officio member of the Society Council.

The North East Section (as it was then called) was formally constituted on 4 November 1969 and the first Committee elected on 14 April 1970. 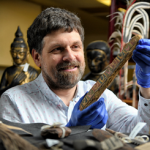 Neil is Head of Museums and Special Collections at the University of Aberdeen, where he has worked since 1988. He studied Archaeology (Glasgow), Museum Studies (Leicester) and Education-(Aberdeen). He is a former Vice-President of the Society, was Secretary of the North-East Section for 25 years and has published papers in the Proceedings on Scottish antiquarian finds. He is a member of the Ethics Committee of the Museums Association, and formerly Convener of University Museums in Scotland and Vice-Chair of the Scottish Archaeological Finds Allocation Panel.

Jeff is a landscape archaeologist with an interest in the recent past. He studied archaeology and history at Simon Fraser University (BA 1998) followed by an MA (2001) and PhD (2006) from the University of Sheffield. He is currently Senior Lecturer in Archaeology at the University of Aberdeen. Oliver’s research is varied, but a common theme revolves around how physical and representational interventions with the landscape are implicated in different forms of place making. His work to date has focused on the colonial history of western Canada and the improvement period of Scotland. 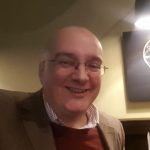 Chris read history as an undergraduate at the University of Strathclyde and did his PhD at the University of Cambridge. For 14 years from 2001 to 2015 he was Historian for Aberdeen City Council and has written on many different aspects of Aberdeen’s history. He is currently Public Engagement with Research Manager for the University of Aberdeen. Chris is also organises Doors Open Day in Aberdeen and is a Burgess of Guild of the City and sits of the Guild’s management committee. 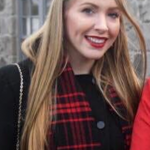 Born and bred in Aberdeen, Seonaidh studied Business Management with Human Resources in both Edinburgh and Aberdeen, graduating in 2011. With a keen interest in history, she began working for the historical society & trade house, The Seven Incorporated Trades of Aberdeen, founded in 1587. Seonaidh is a Burgess of Guild of the city of Aberdeen. 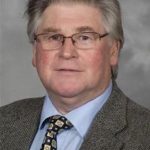 Teacher, Curriculum Developer for the Scottish Examination Board (SEB), twice Secretary of the Technical Subjects Panel of the SEB, professional Tallshipman on Norwegian ships (sersjant – and the only non-Norwegian to hold the post, Clyde Puffer Mate and Aberdeen City Councillor. A Burgess of the City, Chair of Aberdeen History Society, Board Member of Peacocks Visual Arts and Committee Member of Aberdeen & NE Scotland Family History Society. Ostensibly retired but still give talks to raise funds for the RNLI. 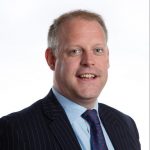 Neil McLennan is Senior Lecturer and Leadership Programme Director at University of Aberdeen. He is a former history teacher, head of history and Past President of the Scottish Association of Teachers of History. He has written school textbooks for Standard Grade, Curriculum for Excellence and National Qualifications curriculum. He was also part of the Royal Society of Edinburgh working group on History in Schools. He holds at RSE medal for outstanding contribution to education and social sciences. He still researches and publishes widely. Neil published in the 2018 edition of the Society of Antiquarians Proceedings after over a decade of research into war poet Wilfred Owen being in Scotland. Neil also anchors the History Scotland publication ‘Hidden Histories’ series. 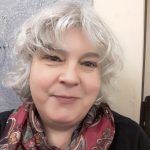 Susan embarked on her first degree at the University of Aberdeen when in her forties, after a career in (mainly) public sector communications.  Discovering medieval history to be considerably more diverting than local authority committee reports, she stayed for more.  Since completing her doctorate in Scottish medieval bastardy, Susan has worked as a historical researcher and as a Teaching Fellow in Celtic & Anglo-Saxon Studies.  When not working, she can usually be found pointlessly correcting the language errors of radio and television presenters, or in Italy, being beaten at Uno by the small children who are her descendants.

On the 9 May 2017 the Aberdeen and North East Section Annual General Meeting agreed to amend the Section Rules (as per their Rule 13). These were agreed by Council Trustees of the Society on 16 October 2017.