Sites across Scotland are vying for votes as part of Dig It! 2017’s year-long celebration of archaeology.

Dig It! 2017 is inviting the public to crown Scotland’s six most spectacular Hidden Gems. Entries include a hill fort with rumoured links to Arthurian legend, Viking-age monuments tucked away in Govan and a mausoleum with “Whispering Wa’s” and a record-breaking echo. Voting runs on the Dig It! 2017 Facebook page from now until the end of July.

“We had such a great time coordinating the World Heritage Day events as part of the Year of History, Heritage and Archaeology, and we wanted to do something similar for these lesser-known but equally spectacular sites. Since we have six of these iconic World Heritage Sites, we thought it would be fitting to invite the public to pick six Hidden Gem counterparts.”

Partners from across the country, ranging from small community groups to national heritage organisations, have helped nominate the sites. Once the votes have been tallied, Dig It! 2017 will work closely with these organisations to celebrate the six winning sites with six different events during Scottish Archaeology Month (SAM) in September.

“Scottish Archaeology Month is an annual celebration of history, heritage and archaeology around Scotland in September, and we’re excited to have the Hidden Gems as the marquee events for the 20th anniversary. I can think of no better way to celebrate Scotland’s past than highlighting the heritage chosen by popular vote.”

To explore the sites and vote for your favourites, visit Facebook.com/DigIt2017

Cademuir Hill, a hillfort in the Scottish Borders with rumoured links to Arthurian legend, the Govan Sarcophagus, along with 31 intricately carved medieval stones in Govan Old Church, which form the Govan Stones, and Hamilton Mausoleum, a Roman-style domed tomb which once held the record for the longest echo in the world, are three of what is expected to be 32 sites, one from each Local Authority. 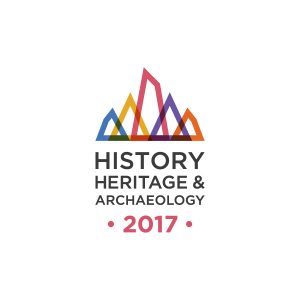