Rhind Lectures: Antiquaries, archaeologists and the invention of the historic town c 1700-1860 6th, 7th and 8th May 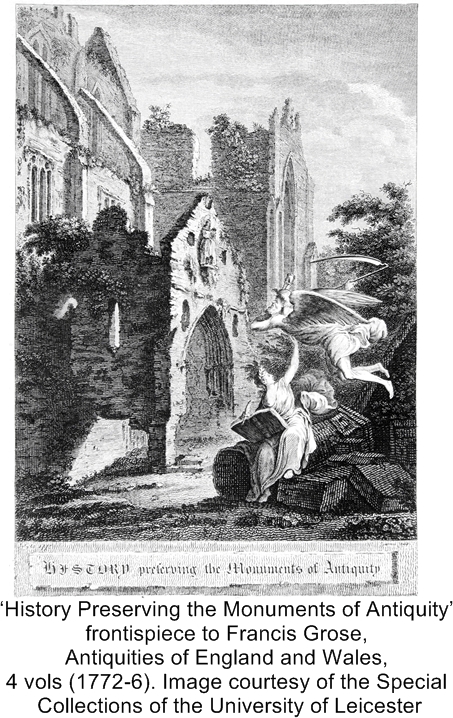 The historic town today is a clichéd mainstay of tourism and place-branding; its credentials go back to the eighteenth century when antiquaries first began seriously to study the physical remains of the past and to single out towns as of particular historical interest. These lectures will explore how the antiquaries and archaeologists of the 18th and 19th century developed their understanding of the material and textual remains of the urban past and in the process  both invented the familiar category of the historic town and contributed to a distinctively urban narrative of British history.

Roey Sweet is Professor of Urban History at the University of Leicester and is currently Director of the Centre for Urban History and co-editor of Urban History.  Her research has focused upon antiquarianism and the reception of the past in the long eighteenth century and upon urban history during the same period.   She is currently extending these interests into the nineteenth century.  Her principal publications include The Writing of Urban Histories in Eighteenth Century England (Oxford, 1997); The English Town 1680-1840 (Harlow, 1999); Antiquaries: the Discovery of the Past in Eighteenth-Century Britain  (London, 2004) and Cities and the Grand Tour: the British in Italy, 1690-1820  (Cambridge, 2012).  Download the full Programme here.