Awarded every three years to an individual who, in a voluntary capacity, has made an outstanding contribution to Scottish archaeological or related work 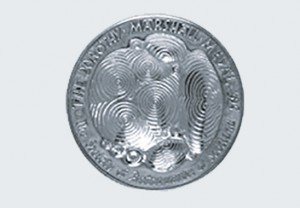 This prestigious silver medal commemorates Miss Dorothy Marshall who in her own long lifetime contributed so much to Scottish archaeology and especially in the area of her beloved Island of Bute and marks the Society’s gratitude for the bequest to the Society following her death in 1992.

Please contact director@socantscot.org with any queries regarding this award.  Council consider nominees for the award every three years, usually at their summer meeting and welcome nominations from Fellows and non-Fellows.  All nominations should be accompanied by a full name and contact details of the nominee, and the reason for their nomination in no more than 500 words emphasising the voluntary nature of their contribution, alongside a short curriculum vitae or biography of no more than 300 words.

The next award will be made at the Anniversary Meeting in 2022 and the final decision on nominees at the August Council meeting.  All nominations must be with the Society by midnight on 7th August 2022.

There is no specific application form for the Medal but nominations from Fellows and non-Fellows are very welcome.  Nominations should include the full name and contact details of the nominee, the reason for their nomination bearing in mind the remit of the award (500 words maximum), especially the voluntary nature of the contribution made by the nominee, and a brief biography of the nominee of no more than 300 words.  An online nomination form is available.