A cash award of £50 is offered annually in recognition of a paper published in the Proceedings of the Society of Antiquaries of Scotland that best reflects the high standards in scholarship of R B K Stevenson. Formerly a Keeper of the National Museum of Antiquities of Scotland, and President of the Society between 1975 and 1978, Stevenson’s writing frequently appeared in the Proceedings. He was an honoured member and a friend of the Society throughout his life. The annual award was established following Stevenson’s bequest in 1992.

There is no specific submission process or an application form for this award; all papers submitted for publication in the Proceedings are considered for the award by a judging panel comprising the Managing Editor, Director and President of the Society. Papers in the Proceedings should primarily present original ideas, interpretations and discoveries or results of research which are likely to stimulate discussion and advance understanding. Submissions from both Fellows and non-Fellows are welcome.

Further information on submitting papers for publication to the Society can be found here and additional information can be requested from the Managing Editor.

The annual deadline for submission to the Proceedings is 30 November. Winners are announced at the Society’s Annual General Meeting held the following November. 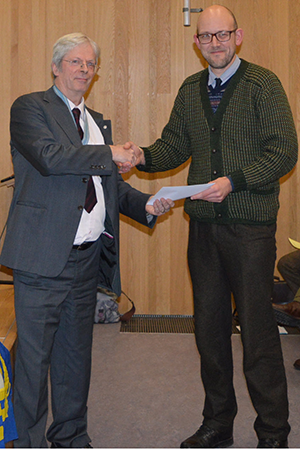 2018 Maya Hoole ‘Ava’: a Beaker-associated woman from a cist at Achavanich, Highland, and the story of her (re-)discovery and subsequent study (PSAS 147)

2017 Daniel Rhodes & Elizabeth Jones Cist behind the Binns: the excavation of an Iron Age cist burial at the House of the Binns, West Lothian (PSAS 146)

2012 Kelly A Kilpatrick The iconography of the Papil Stone: sculptural and literary comparisons with a Pictish motif (PSAS 141)

2008 Colin Martin & Richard Oram Medieval Roxburgh: a preliminary assessment of the burgh and its locality (PSAS 137)