Dr Jacqui Mulville, Cardiff University, explored how  archaeologists tell the story of the past, communicating discoveries and presenting itself to the public on Sunday 26 April at the Royal Society of Edinburgh. If you couldn’t be there in person you can now watch the lecture online.

Dr Mulville’s research focuses on the field of bioarchaeology (broadly defined as once living materials).   She has a particular interest in osteoarchaeology and the articulation between the different types of evidence recovered from archaeological sites and the interpretative frameworks used in the construction of human and animal identities.

A second strand within her work is island archaeologies, from the smallest of the 1000 British islands to the larger landmass of mainland Britain itself.   In particular she is interested in the role of humans in the exploitation, introduction, extinction and management of wild species within Britain and its islands.

With thanks to our sponsors and supporters: 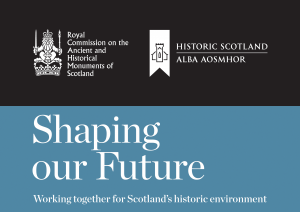