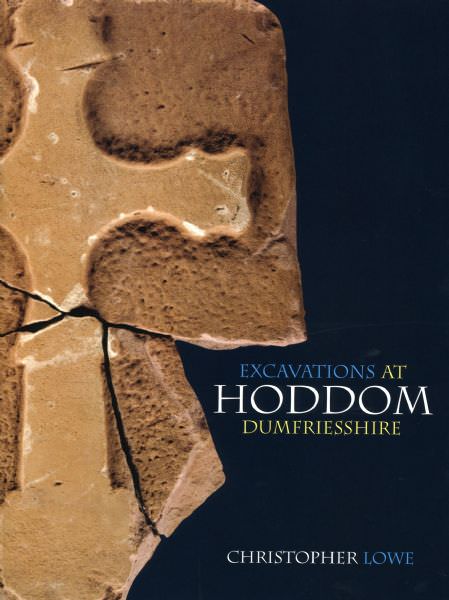 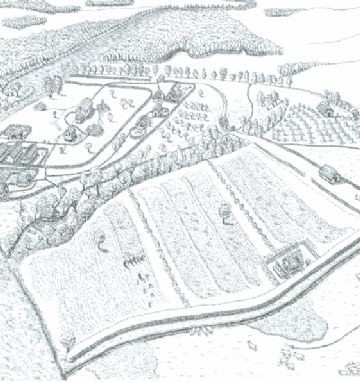 “An important contribution to early medieval archaeology not just in Scotland but throughout the British Isles … sets a high standard for such work in the future.”
Professor Rosemary Cramp“The report resulting from this work must be hailed as one of the best recent early medieval research reports emanating from commercial archaeology in Britain. It is clear, concise, attractively written and illustrated and published in a handsome hardback… This is the new northern British protohistory, told in barns, dryers, re-used Roman dedication slabs and the simple carved stones of early Christianity. The effect is curiously liberating.”
Professor Martin Carver, University of York in Antiquity

An eighth-century Northumbrian monastery at Hoddom has long been postulated on the basis of the sculpture evidence. Others, meanwhile, emphasising the Kentigern association and the local eccles place-name evidence, have stressed a potentially longer chronology; perhaps as a centre of Christianity in the sub-Roman period and possibly as the site of a principal diocesan church within the British kingdom of Rheged. The opportunity to explore these various models and to define the very nature and extent of the settlement at Hoddom came in 1991 when it became clear that part of it was threatened by quarrying.

The excavations at Hoddom give us our first detailed look at how the peripheral areas of an Early Historic high-status settlement were organised and how the settlement, as a whole, was adapted to its local landscape. The excavated buildings, meanwhile, are considered in terms of the local vernacular building tradition, providing insights into how the buildings were used and their appearance.

During the eighth and ninth centuries, Hoddom is interpreted as a central place of at least regional significance. The excavations throw up the question of how many other contemporary monasteries exist for which the records are even sparser than they were for Hoddom prior to 1991. Perhaps more importantly, however, they should also lead us to reconsider the physical size of these early settlements and reassess the complexity of their associated parts.

Dr. Christopher Lowe is a director and co-founder or Headland Archaeology Ltd. With over 25 years professional experience, principally in Scotland, he has worked and published on sites of all periods but specialises in the Early Historic archaeology of North Britain. He has directed major excavations of multi-period settlement sites at Kebister, Shetland (with Olwyn Owen) and in the cliff-face below St Boniface’s church on Papa Westray in Orkney. He is currently involved in research excavations on aspects of the Early Christian and medieval archaeology of Papa Stronsay in Orkney and on the island of Inchmarnock in the Firth of Clyde.

Be the first to review “Excavations at Hoddom, Dumfriesshire” Cancel reply