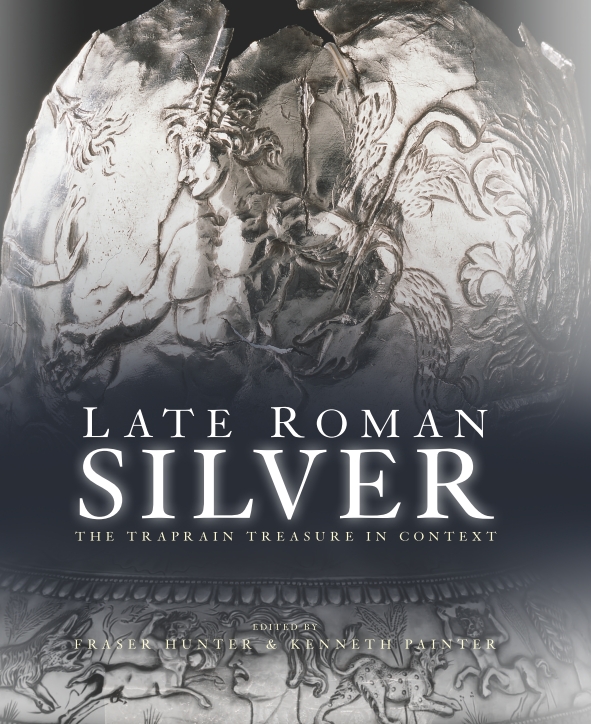 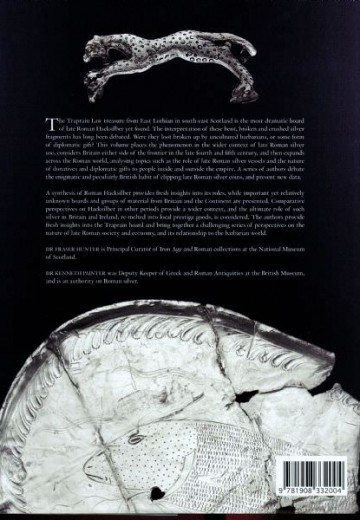 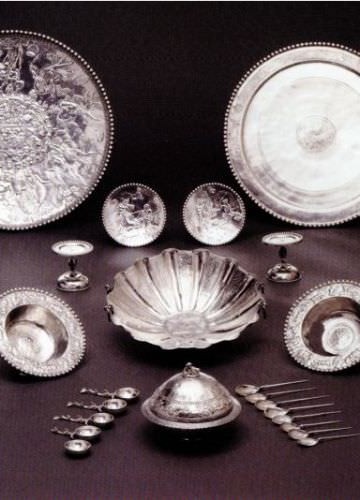 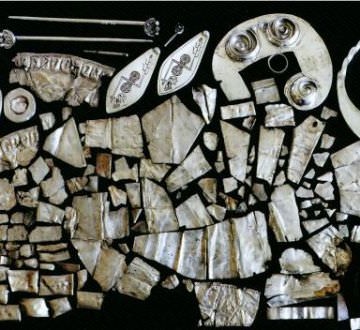 “It is refreshing to see archaeological, literary, numismatic and scientific research brought together in a single volume, combining detailed analyses with broader theoretical narratives, to create an impressively comprehensive overview.”

The Traprain Law treasure from east Lothian in south-east Scotland is the most dramatic hoard of late Roman Hacksilber yet found. The interpretation of these bent, broken and crushed silver fragments has long been debated. Were they loot broken up by uncultured barbarians, or some form of diplomatic gift?

This  volume  places the  phenomenon  in  the  wider  context of   late  Roman  silver use, considers Britain either side of  the frontier in the late fourth and fifth century, and then expands across the Roman world, analysing topics such as the role of  late Roman silver vessels and the nature of  donatives and diplomatic gifts to people inside and outside the empire. A series of authors debate the enigmatic and peculiarly British habit of clipping late Roman silver coins, and present new data.

A synthesis of Roman Hacksilber provides fresh insights into its roles, while important yet relatively unknown hoards and groups of material from Britain and the continent are presented. Comparative perspectives on Hacksilber in other periods provide a wider context, and the ultimate role of such silver in Britain and Ireland, re-melted into local prestige goods, is considered. The authors provide fresh insights into the Traprain hoard and bring together a challenging series of perspectives on the nature of late Roman society and economy, and its relationship to the barbarian world.

The Society of Antiquaries of Scotland gratefully acknowledges funding towards the publication of this volume from Glenmorangie, the Marc Fitch Fund, Strathmartine Trust, Universität Leipzig and National Museums Scotland.

Be the first to review “Late Roman Silver” Cancel reply