Collecting the Nation: Scottish history, patriotism and antiquarianism after Scott, (1832-91) 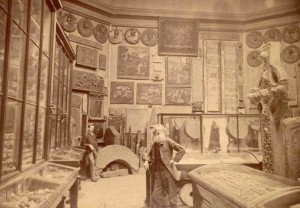 The Society is delighted to support a funded Collaborative Doctoral Partnership award from the University of Glasgow and National Museums Scotland.  The student will critically examine the interface between the development of modern Scottish historiographical traditions and the evolution of the collections of the Society of Antiquaries of Scotland, in the under-researched period 1832-1891, from the death of Sir Walter Scott, regarded as the father of Scottish antiquarianism, to the opening of the National Museum of Antiquities of Scotland in Edinburgh.

The studentship will commence on 1 October 2016 and will last for three years. A further six months of funding for public engagement activity at National Museums Scotland is provided through the Student Development Fund.