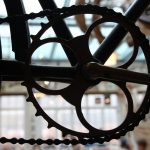 The Society of Antiquaries of Scotland has been successful, with Dr Katherine Mitchell, University of Strathclyde, in securing grant funding from the Royal Society of Edinburgh!  This project will undertake a series of workshops and public event to establish a network of experts to examine Scottish and European exchanges in the long nineteenth century (1780 to 1914) and their relevance to Scotland today.  The Director, Dr Simon Gilmour, is co-investigator of the project and one of the outcomes proposed is a pilot Scottish Historical Research Framework along similar lines to ScARF.

The project explores inter-cultural exchanges between Scotland and Europe’s peoples, places, built environments, imagined spaces, and material cultures during the long nineteenth century (1780-1914). A collaboration between university-based scholars working in fields related to European cultures, and the Society of Antiquaries of Scotland, this project interrogates the idea of Europe in the past and discusses its relevance to Scotland today. It will achieve this through three academic cross-disciplinary workshops and one knowledge exchange event, engaging leading historians, literary critics, policy makers, creative industry partners and the general public. The knowledge exchange events will bring together interested researchers and practitioners in academic, private and public fields, and will seek to stimulate new research directions for future collaborations. A Scottish Historical Research Framework public resource via (ScARF) will be piloted to record and continuously update our findings, serving as testament to the lasting legacy of Scotland’s worldwide reputation for meaningful exchanges.

An initial workshop has already been held, and details of the project and the remaining workshops can be found on the SNNEC website, and you can follow the project on Twitter @snnec_2018