An exciting project is underway to celebrate Felix Yaniewicz  (1762-1848) for his role in founding Edinburgh’s first music festival in 1815. 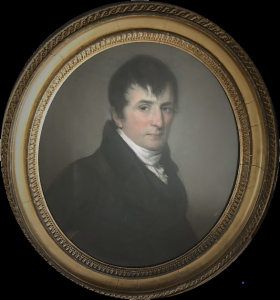 Yaniewicz was a Polish-Lithuanian violin virtuoso and composer, who began his career in the Polish Royal Chapel, played for Mozart and Haydn in Vienna, and after spells in Italy and Paris, fled the French Revolution and came to Britain.

By 1804 Yaniewicz was performing in Edinburgh to great acclaim; he moved to Edinburgh in the year of the 1815 festival, became the city’s chief concert promoter, and remained for the rest of his life; a cornerstone now marks his residence at 84 Great King Street in Edinburgh’s New Town.

You can read more about his remarkable story on a new website devoted to Yaniewicz and listen to some of his music here. 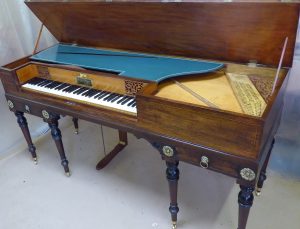 This is to be the centrepiece of an exhibition about Yaniewicz’s life and musical legacy at The Georgian House in 2022, on the theme of music and migration in Georgian Scotland. There will also be concerts featuring his music, in association with the exhibition.

Beyond the exhibition, the piano will be kept in the newly refurbished Polish House on Drummond Place, where its connection to Yaniewicz will be celebrated in an annual recital.

Donate to the crowdfunder here and learn more about The Friends of Felix Yaniewicz here.