Breadalbane Bling: Medieval Power Dressing in Glenlyon and Beyond 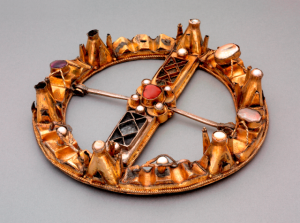 Perth Museum & Art Gallery is delighted to confirm that the British Museum (supported through the generosity of the Dorset Foundation) is lending two of its magnificent medieval brooches: the 16th century Glenlyon brooch and the Pictish Breadalbane brooch. They form the centrepiece of an exciting new exhibition called: BREADALBANE BLING: MEDIEVAL POWER DRESSING IN GLENLYON AND BEYOND. Neither of these brooches has been seen in Perthshire since the late-19th/early-20th century, passing from private hands to the British Museum at auctions in 1899 and 1917. They will be joined on display by a range of medieval artefacts acquired by Perth Museum through Scottish Treasure Trove, along with additional loans from National Museums Scotland (some finds from the Holy Well at Inchadney and the charmstone of the Campbells of Glenorchy) and the Clan Donnachaidh Trust (the Clach-na-Brachart crystal). Through them all you can come and explore questions of dress and identity and of religious and magical beliefs. The exhibition opens on the 19 May and closes on the 16 August, with opening hours Tuesday – Sunday, 10:00 – 17:00. 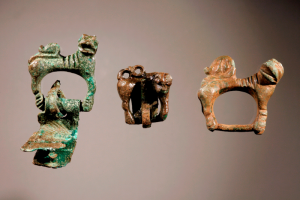 The exhibition will be supported by several events and talks including a talk on the brooches by curators from the British Museum at the Community Campus in Aberfeldy and a Treasure Trove roadshow also at the Campus and led by Stuart Campbell from the Treasure Trove Unit. For full details see the Perth Museum What’s On and the Perth & Kinross Archaeology Month leaflet and website. 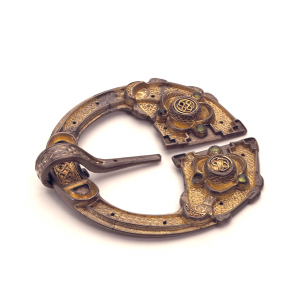