The Society funded the identification of whale bone from Cladh Hallan, South Uist. 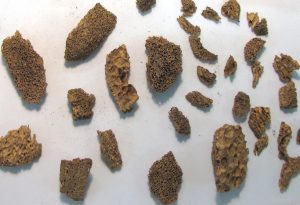 Cetacean bone from Cladh Hallan, identified by the Society of Antiquaries funded work as Sperm whale

With over 700 offshore isles, the deep human history of insular Scotland is a dynamic example of biocultural interactions. For the majority of mainland Britain the arrival of farming heralded a major decline in wild resource exploitation, but the islanders followed a different trajectory with hunting, fishing and gathering of terrestrial and marine resources remaining central to food procurement.

This project focuses on the Bronze Age to Norse human relationship with the sea as evidenced in the exceptional cetacean assemblages of the Western Isles (Mulville 2002), from the sites of Cladh Hallan, Cille Phaedair and Bornais, on South Uist. Biomolecular analysis of bone is one of the tools used to examine the material and the project is timed to capitalise on recent advances in identification techniques (Buckley et al. 2014, Evans et al. 2016) and a pilot study undertaken by the applicant.

The pilot proteomics study, conducted on previously unidentifiable cetacean bone from Bornais, supplemented the morphologically identified assemblage. This revealed a wider range of exploited cetacean species than previous demonstrated (Mulville 2002) with an increase in the known number of species present in both the Iron Age and Norse periods and a focus on sperm whale for artefact production in the latter.

The Society of Antiquaries of Scotland has funded the next phase of analysis, which focuses on the identification of cetacean material from the Middle Bronze Age to Early Iron Age occupation of Cladh Hallan, a site which has produced intriguing evidence of the treatment of human and animal remains. Already there are hints that cetacea were used in specific ways on the site: a cetacean facial bone formed part of a stone lined cist, and artefacts of whale bone were found throughout the settlement including examples of the enigmatic ‘blubber mattocks’, found on many of Scotland’s prehistoric coastal sites. The site also produced over one thousand fragments of cetacean bone. These fragments are unidentifiable using morphological methods, however, bioarchaeological analysis can provide insights into the species represented by these remains, giving new insights into Scottish human-cetacean relationships.

The overall project combines zooarchaeological, artefact and proteomic analysis to examine the remains of cetacea and to consider:

The key first step, underpinning investigations in these areas, is the identification of cetacean bone to species. This is the first, necessary, step to understanding human-cetacean relationships in Scotland’s past. The Society of Antiquaries of Scotland has funded analysis of cetacean bone samples from Cladh Hallan using peptide mass fingerprinting. 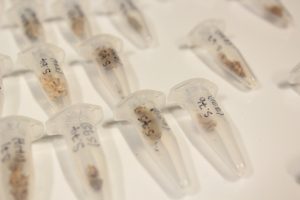 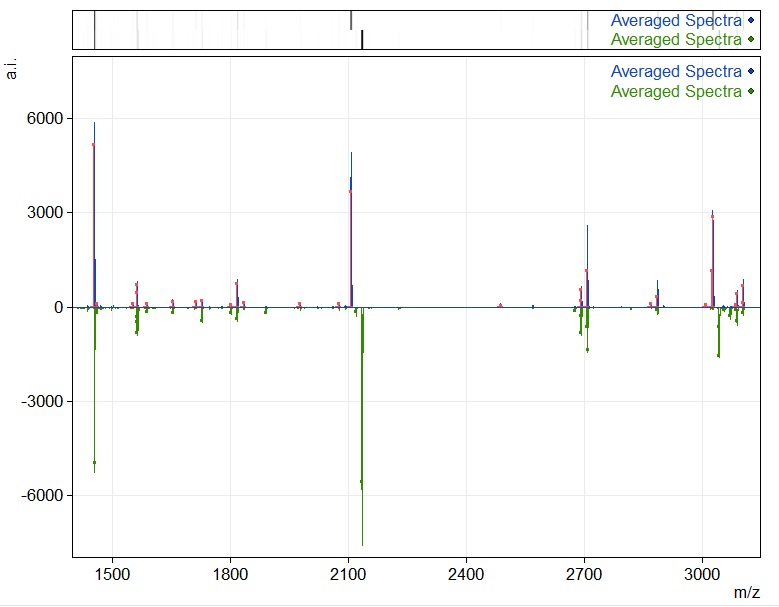 Analysis of cetacean bone fragments using ZooMS has resulted in the identification of a range of species at Cladh Hallan. Following analysis of the batch 2 samples, the results from this analysis will also be combined with the results of morphological analyses to give a wider picture of cetacean exploitation and use in the prehistoric Hebrides. However, preliminary analysis of the findings from analysis of batch 1 indicates some striking patterns.

The data greatly enhances the findings of previous studies. Using morphological analysis Mulville (2002) identified Sperm whale and Bottlenose whale in the Late Bronze Age phase at Cladh Hallan. The preliminary results from the current study add considerably to this, through the identification of Sperm whale, Humpback whale, Fin whale and Blue whale from this period. Likewise, Mulville’s (2002) study identified Sperm whale, Minke whale, Bottlenose whale and Bottlenose dolphin from Iron Age deposits excavated on Hebridean sites, while this study has shown that both Blue whale and Fin whale were also exploited during the Early Iron Age at Cladh Hallan.

These species identified by this study exhibit a range of behaviours and represent a variety of different offshore habitats. Stranding frequencies also vary. These factors will be considered when interpreting what the presence of these species at Cladh Hallan may mean, in terms of exploitation strategies by prehistoric communities.

This apparent focus of larger species represented by fragmentary bone will also be further investigated to consider the possibility that the bones of large whales were being used for oil extraction, butchery or artefact production, leading to their fragmentation.