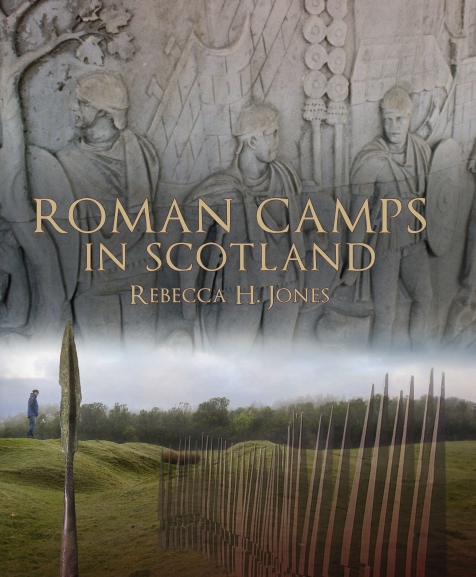 The Roman army in Britain left an archaeological legacy that is the envy of the rest of the Roman world. The forts, fortresses and frontier defences are rightly celebrated, but less well known are the temporary camps. These were constructed to house the army for short periods of time while on campaigns. Scotland contains a wealth of Roman camps and this book is a companion volume to earlier publications of camps in England and Wales. The book is illustrated throughout with plans, maps and photographs, and will be of interest to all those who wish to know more about the archaeology of the Roman army.

Dr Rebecca Jones is Head of Archaeology and World Heritage at Historic Environment Scotland, and co-Chair of the International Congress of Roman Frontier Studies.

Watch Dr Rebecca Jones’ lecture to find out more about the Roman army and its camps in Scotland.

The Society of Antiquaries of Scotland gratefully acknowledges funding towards the publication of this volume from Historic Scotland and the Roman Research Trust.