Meet our full and part-time staff.

I am fascinated by the Iron Age of the Atlantic seaboard, and particularly the brochs of Scotland and the places where people lived for centuries after, completing a PhD on the topic from Edinburgh University.

I left heritage to project manage the construction of a contemporary Mews building in Glasgow that was awarded a “special mention” by the Saltire Society, and a private residence in Argyll.  I returned when I took up my present post as Director of the Society of Antiquaries of Scotland in March 2007.  I have been a Visiting Fellow of the University Campus Suffolk Business School, an Honorary Secretary and then Vice President of Archaeology Scotland and was a Director and Vice Chair of BEFS, the Built Environment Forum Scotland. 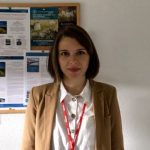 Adela joined the Society’s team in August 2019. She studied Publishing and Book History at Leiden University, and prior to joining the Society commissioned books for an academic publisher based in Edinburgh. 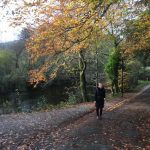 Charlotte joined the Society in October 2017. She graduated from the University of Edinburgh with a degree in French and English Literature, and previously worked on both fiction and non-fiction titles for a small independent Scottish publisher. 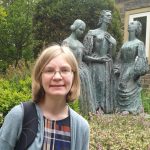 Kate joined the Society in October 2019. She graduated from the University of Edinburgh with an MA in History, and then continued her studies with an MLitt in Publishing Studies from Stirling University. She also works part-time at the Scottish Wildlife Trust.

Kayleigh joined the Society in March 2020 and on her second day in the office had to start homeworking due to the Covid-19 pandemic, so her start in the Society has been challenging! Previously she worked at BuroHappold Engineering and the University of Edinburgh as a receptionist and office administrator. 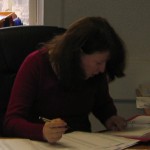 Jan joined the Society staff in April 2007.  She deals with day-to-day financial matters and Fellowship subscriptions.

Jan works Monday to Thursday to 3pm each week. 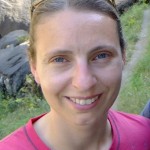 Andrea joined the Society in June 2016 to manage Fellowship and fundraising programmes and promote the work of the Society.

After graduating from the University of Edinburgh (BSc in Geology) and then Imperial College Andrea worked in both the private and voluntary sectors in London and Edinburgh on energy and climate policy and partnerships, through to business development, company sponsorship and trusts fundraising.

Contact me about: Increasing Fellowship, project funding and event sponsorship.
Favourite heritage: A very difficult question to answer but the Neolithic on Orkney, Edinburgh’s Old Town and Minoan history on Crete spring to mind. 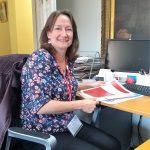 Helen joined as ScARF Project manager in June 2018. She graduated in Archaeological Sciences from Bradford University before going on to study Conservation of Historic Objects and Archaeology at Durham University. She worked at National Museums Scotland first as a conservator and then as Collections Care Manager before leaving in 2012 to become a freelance Museum Consultant. She is currently completing PhD research at Heriot Watt University investigating Scottish medieval and post- medieval window glass.

Contact me about: The Scottish Archaeological Research Framework,
Favourite heritage: I love ruined medieval buildings such as Dryburgh Abbey and St Andrews Cathedral 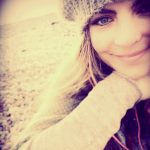 Leanne joined the Society as ScARF Project Officer in June 2019. After graduating from UHI with a first-class degree in Archaeology, she became involved in commercial fieldwork projects across Scotland. Her employment with AOC Archaeology enabled her to indulge her passion for community archaeology at several high-profile public archaeology projects including Black Loch of Myrton and Clachtoll Broch. Leanne is particularly interested in Iron Age and Roman Iron Age material culture and is currently a member of the Cluny Hill Dig team. 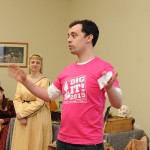 Jeff joined the Society staff in April 2008 as Project Manager for the Scottish Archaeological Research Framework (ScARF). He graduated with a PhD in archaeology in the summer of 2007 from Edinburgh University. In 2013 he was appointed to deliver Dig It! 2015 which has since grown to become Dig It!, an integral part of the Year of History, Heritage and Archaeology in 2017, and is now a central feature of promoting archaeology in Scotland.

Contact me about: Dig It!
Favourite heritage: Kilmartin Glen, Argyll 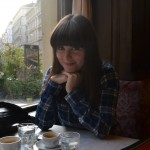 Julianne joined the team in June 2014. Once she graduated from the University of Toronto in 2011, she moved to Scotland to study Medieval History at the University of Edinburgh. Julianne then interned with the National Trust, worked with a small fair trade company and volunteered with various heritage organisations before joining in with the Dig It! 2015 celebrations, and now the evolved Dig It! fun.

Contact me about: Dig It!
Favourite heritage: Linlithgow Palace 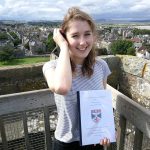 Dig It! Communications and Events Officer

Originally from County Durham, Sally moved to Edinburgh in 2013 to pursue an MA in History, and then continued her studies with an MLitt in Mediaeval History from St Andrews in 2017. She volunteered with Dig It! during 2017’s Year of History, Heritage and Culture, and eventually joined the Society staff in 2018. She is now Dig It!’s Communications and Events Officer as well as leading on creating new operational policies in line with Dig It!’s commitment to equality, diversity and inclusion. 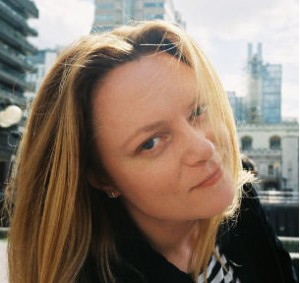 Alison Rae has worked in the publishing industry for over 15 years in editorial, marketing and production. She has been freelance since 2002 and works for Polygon, where she is managing editor, Canongate and the University of Edinburgh. Alison has worked with the Society since November 2002.

Alison works on a freelance basis.