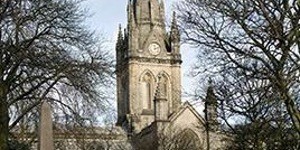 The Aberdeen and North East Section of the Society invite you to a tour of the historic Mither Kirk of Aberdeen. Led by various experts, attendees will discover the history of the building and learn about the lives of medieval Aberdonians from the scientific analysis of over 1,000 skeletons excavated from the East Church. This event is joint with with the University of Aberdeen and student volunteers from Robert Gordon University. Book online at: https://www.eventbrite.co.uk/e/tour-of-st-nicholas-church-tickets-18736178414

More than 1,000 years ago the sleepy Angus village of St Vigeans was the centre of a royal estate and of huge religious importance. The most important indications of the village’s powerful past can be found in two adjoining sandstone cottages. Within their walls in Historic Scotland’s newly refurbished museum are housed 38 carved stones which are among the last and very finest expressions of Pictish art, making them tremendously important – part of our national collection of the earliest… 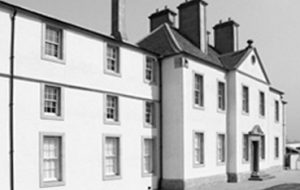 Low Parks Museum and Hamilton Mausoleum, South Lanarkshire Join us on a visit to these Grade A listed buildings the first dating back to 1696 built as Portland, the private residence of David Crawford, lawyer and secretary to the 3rd Duke and Duchess of Hamilton.  Later, in 1784, purchased by the 8th Duke of Hamilton and made into a coaching inn housing famous travellers, such as Dr Johnson and James Boswell, and Dorothy and William Wordsworth. The second building is… 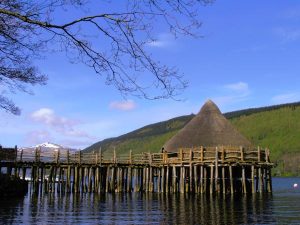 The Scottish Crannog Centre, Loch Tay – Saturday 11th August Let us take you back 2,500 years to the early Iron Age......  Crannogs are a type of ancient loch-dwelling found throughout Scotland and Ireland, built as individual homes to accommodate extended families. Scotland's award winning crannog reconstruction on Loch Tay was built by The Scottish Trust for Underwater Archaeology to promote the research, recording, preservation and interpretation of Scotland's underwater heritage. Fellows of the Society will be treated to… 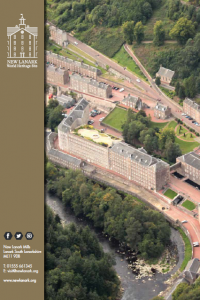 SUMMER EXCURSION 2019: Saturday 6th July New Lanark and Biggar Museum Join us for a fascinating tour of this unique 18th century mill village sitting alongside the picturesque River Clyde. Now one of Scotland’s six UNESCO World Heritage Sites, New Lanark was founded in 1786 by David Dale, who built cotton mills and housing for the mill workers.  In partnership with Robert Owen, a Welsh philanthropist and social reformer, New Lanark became a successful business and an early example of… 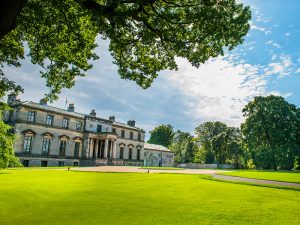 CANCELLED Due to the sad and recent announcement of the death of our Patron, Her Majesty the Queen, this upcoming day excursion is cancelled, out of respect for the Queen and the Royal family during this period of national mourning.     SUMMER EXCURSION: Dunfermline Abbey & Palace and Broomhall House Join us for an exciting day excursion in and around Dunfermline, Fife, visiting two important sites of interest. In the morning we will visit Dunfermline Abbey and Palace with a private…