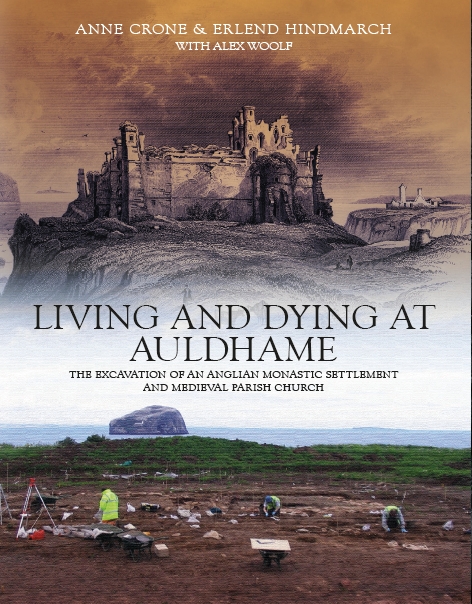 “This is a most useful addition to the growing corpus of Early Medieval monastic material in Scotland and beyond.”
Dr Colleen Batey in Antiquity“Overall, Auldhame tells an engaging story packaged in a handsome, large-format publication, which would be a valuable addition to the library of any serious student of early church archaeology.”
Jerry O’Sullivan, The Journal of Irish Archaeology Volume XXV”The volume’s significance lies in its demonstration of the development and changing use of a medieval church site from para-monastic settlement to parish church and finally private burial lair…The quality of the publication also has to be commended with excellent illustrations including parish maps and photographs and excavation drawings.”
Sarah Thomas, University of Hull, Scottish Archaeological Journal Volume 39

“The volume is of high quality, with useful contextual maps and plans, and is well illustrated throughout with thorough and useful appendices, bibliography and index. It also makes a significant contribution to the growing corpus of work on Early Medieval monastic settlements.”
Jemma Bezant, The Antiquaries Journal Volume 98

Excavation on the headland at Auldhame has revealed one thousand years of burial activity and liturgical practice, the nature of which changed over the course of the millennium. It has charted the birth and death of a church, from a monastic settlement established in the seventh century AD, which then became a parish church in the twelfth century and ultimately ended its life in the seventeenth century AD as the burial aisle/mortuary chapel for its wealthy landowners.

Undoubtedly, the most significant elements of the evidence from Auldhame are those for Anglian activity and for Norse contact. Between the mid-seventh and mid-ninth centuries AD a para-monastic community, associated with the Anglian saint Balthere flourished on the headland. Whether Balthere actually founded the community is moot, but he was revered locally throughout the medieval period and it is probably his connection, and possibly his burial there, that ensured the sanctity of the location for the next millennium.

The monastic settlement ceased to exist sometime towards the end of the ninth century AD, an event which may have been influenced by Viking activity around the coast. Among the ninth- and tenth-century graves was one of a young man buried with his spear, prick spurs and belt set, all of which associate him with the Norse communities around the Irish Sea. Could the young man be Olaf Guthfrithson, king of Dublin and Northumbria, who died in AD 941 shortly after attacking the East Lothian coast, or just a member of his war retinue?