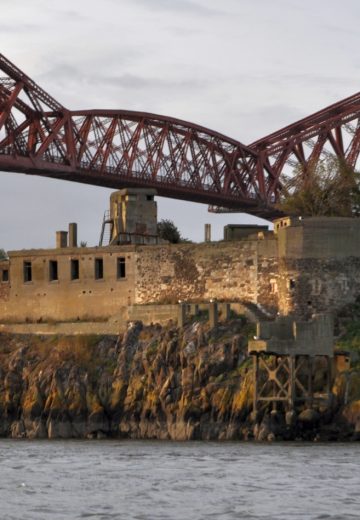 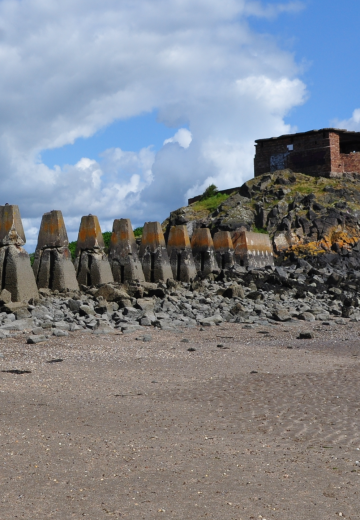 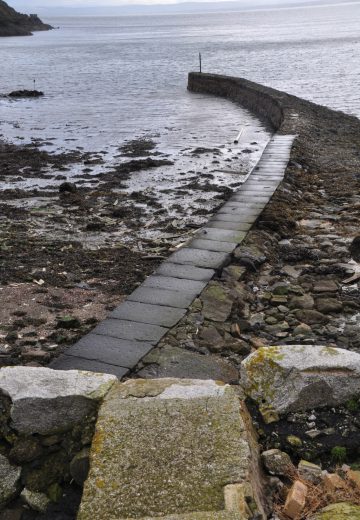 'The most powerful naval fortress in the British Empire'

‘While this book covers only a short period of the Forth’s long strategic and military history, it is impressively deep, discussing myriad defences constructed on over 20 island and coastal positions across a 90-year period. In achieving this, the authors present extensive evidence drawn from archival records, fieldwork and oral histories.’
– Calum Robertson, Antiquity (issue 374) April 2020
https://doi.org/10.15184/aqy.2020.58

‘A seamless study of an area long significant in naval history. […] The authors address a clearly defined but multi-faceted subject with perception, authority, and panache. Anyone with interests connected in any way with the subject will learn much by reading this volume.’
– Robert J C Mowat, International Journal of Nautical Archaeology (volume 48.2) August 2019
https://doi.org/10.1111/1095-9270.12387

‘[The authors] have to be congratulated on putting together a massive amount of research with informative text and numerous plans, charts and photographs. This book is a ‘must have’ for those interested in the recent archaeology, military or local history of this area.’
– Douglas Gray, Kinghorn Chronicle, June 2019

‘Whilst much of the military works lining the Forth have gone, the islands still retain rich remains and the book explores these in a scholarly and clear way. […] Drawing on many written sources, [it] is packed full of both modern colour images and abundant, rare and fascinating contemporary illustrations.[…] The whole work is on a rich scale and should be on every bookshelf.’
– Bernard Lowry, Casemate (volume 115) May 2019

The Fortification of the Firth of Forth describes the story of the great Forth Fortress from 1880 to 1977, when the final traditional defensive capabilities were abandoned. The authors combine archival sources with new fieldwork and oral histories to not only describe what was built, but when and why. They also show how the defences were expected to be used, in rapidly changing strategic circumstances and in the face of increasingly sophisticated and powerful naval weapons.

Increasingly complex defences were built between the Isle of May and the Forth Rail Bridge to detect, block and sink enemy warships and submarines. The threat of an expansionist Germany across the North Sea increased the importance of the Forth as the site of the northern naval dockyard. The defences reached their zenith in 1916–17 as preparations were made for the Grand Fleet to move from its northern anchorage at Scapa Flow. The estuary was re-armed in 1939, and the coast defences were wound up in 1956 before being finally abandoned in 1977. Today, many of the surviving features remain visible in and around the Firth of Forth.

This meticulously researched, richly illustrated volume relates the defences in the Forth to the wider political and military context and also describes the human side of the defences: the men and women who manned the fortress. This is a fascinating resource for those interested in Scottish military and naval history, and conflict and battlefield archaeology.

GORDON J BARCLAY was Principal Inspector and Head of Policy at Historic Scotland. His previous publications include If Hitler Comes: Preparing for Invasion: Scotland 1940 (2013).

RON MORRIS has been involved in the exploration and conservation of the Forth’s defence and natural heritage for many years. His previous publications include Defending St Kilda (2013).

The Society of Antiquaries of Scotland gratefully acknowledges funding towards the publication of this volume from Historic Environment Scotland, The Strathmartine Trust, Fortress Study Group and the City of Edinburgh Council.

Watch the lecture given by Gordon Barclay and Ron Morris to find out more about the Forth’s defences.

Read the interview with Gordon Barclay and Ron Morris to learn about the book and the research that led to it.